Lumiere is produced by Artichoke which is a leading arts charity that works with artists to invade public spaces and put on extraordinary and ambitious events that live in the memory forever. In 2017, the light festival was back in Durham for the fifth time and artists from around the world illuminated the city in delightful and unexpected ways, with a series of light installations to explore. As part of the Production Team, Geetanjali primarily managed the only flashmob project which brought together local communities of Durham including participants with special needs. It was choreographed by Cirque Bijou, an creative partnership of artists Julian Bracey and Billy Alwen to create a piece using LED umbrellas, which is then performed in public. Geetanjali was closely involved in the recruitment of participants reaching out to many organisations across Durham, and managed pre-festival workshops for 4 groups including refresher rehearsals on the day of the festival. The piece was carefully planned and tailored to the city of Durham, by closely studying the different kind of pedestrian junctions without disrupting the flow of festival visitors which  approximates to 240,000 over 4 days. 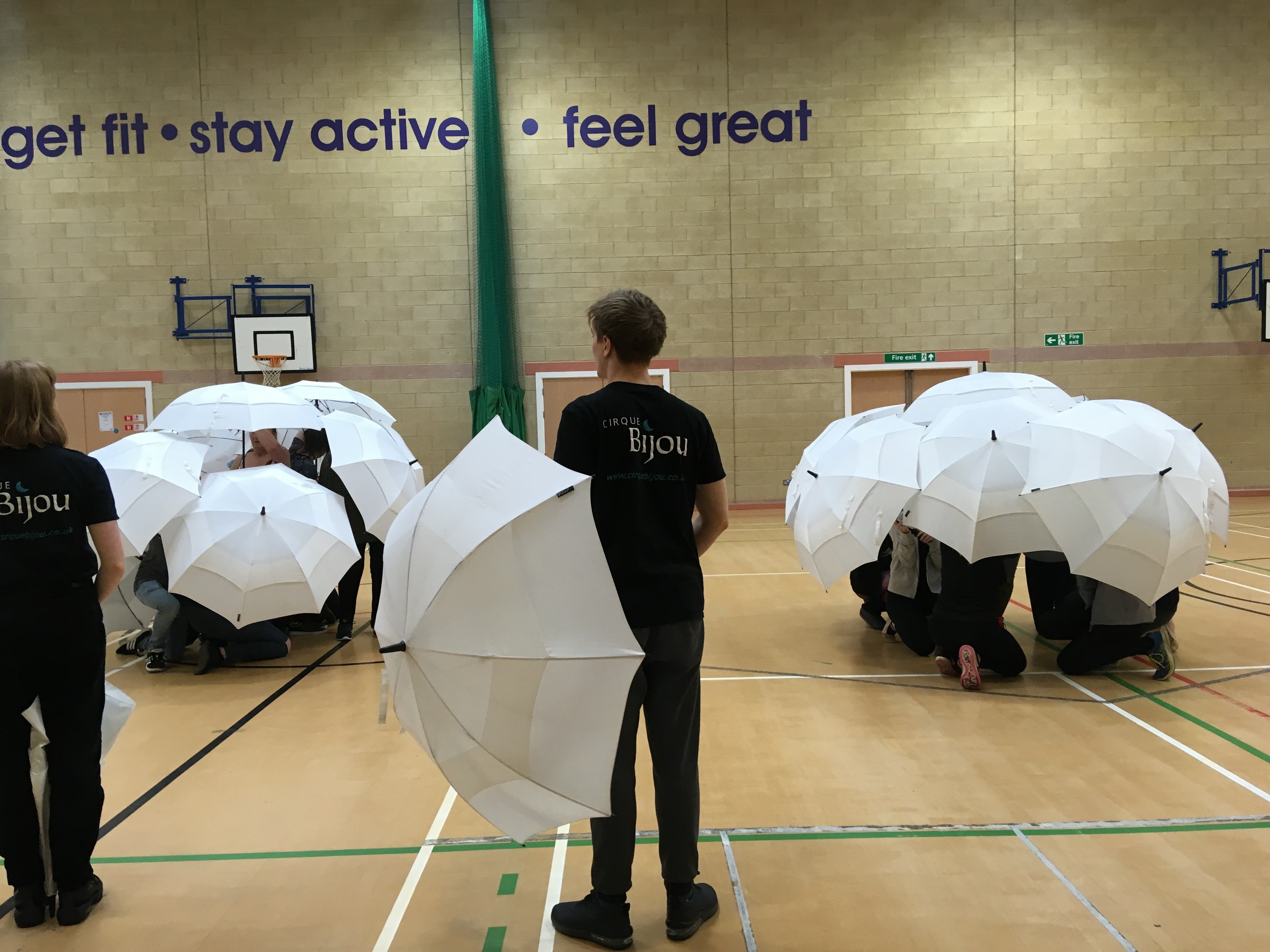 On the day of the festival, there was live management needed for the participants to walk across areas which were not blocked for traffic. Geetanjali worked in sync with the artists and choreographers to ensure the safety of the participants while achieving the best formations in multiple locations across the city.